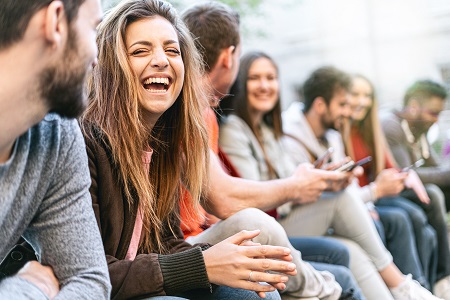 As healthcare costs continue to rise (for patients and providers), many hospitals across the country are working to improve the health of the communities that they serve. One of the most effective ways to make that happen is through a robust public health communication campaign.

It may seem like an overstatement, but a well-planned and well-executed campaign can inform, educate and inspire audiences. These campaigns can also help make communities healthier, happier places to live.

Here are just a few examples of how healthcare communications have improved public health.

Smoking is one of the biggest public health threats. The Truth Initiative took aim at stopping teens from smoking with engaging, vibrant ads, messaging and calls to action. The approach worked: The American Journal of Public Health reported the campaign helped smoking rates among teens decline across the country.

Watch one of their most popular ads: The Singing Cowboy.

Using humor to remove the stigma of mental health

The Colorado Office of Suicide Prevention launched a public health campaign targeted at men ages 24-54 with a goal to reduce the state’s suicide rate. The campaign used humor and a tongue-and-check voice to dispel the idea that asking for help wasn’t manly. The campaign, Man Therapy®  used a fictional therapist, Dr. Rich Mahogany, to share helpful (and humorous) tips for viewers to relax and destress.

The campaign also featured a robust website with information about mental health issues and connected visitors with support tools. The site included resources for a crisis hotline and links to other organizations equipped to help men deal with addiction, depression and other mental health issues.

Take a minute to view the campaign’s case study video to discover the impact this local campaign had around the world.

The CDC and Get Yourself Tested

Sexually transmitted diseases (STDs) rates have continued to climb over the past few years. As a response, the Centers for Disease Control and Prevention (CDC) launched “Get Yourself Tested” in 2009, a public health campaign encouraging young adults to get tested and treated for HIV, AIDS and STDs.

The annual campaign includes on-the-ground events, social media materials and media partnerships to amplify the message (including a partnership with MTV). The first year of the campaign reached an estimated 20,000 youth at events and made more than 140,000 referrals to STD testing sites. These results suggested that young adults were receiving — and acting on — the message to get tested.

The first step in creating an effective and engaging public health campaign is to know your audience. Many of the campaigns we’ve mentioned were shaped with the reader or viewer in mind:

There are many other similarities in these campaigns — which is proof that wherever you are and whatever your budget, you too can influence the health and wellness of your community with a strategic, coordinated public health campaign.

How to tackle your next public health campaign

WriterGirl has worked with healthcare organizations across the country to support campaigns, from rebranding initiatives to public health communication campaigns. Connect with us to discover how we can support your team.

About the Author: Elaine Zeinner

Elaine is a writer at WriterGirl. As someone who fell in love with words at a young age, she could often be found with her nose in a book or making up her own stories. She still loves reading and writing - something she's excited to share with her three boys. Elaine lives in Union, Ky with her husband and children.